North NorthWest and Up

Posted by Oddity in Inhouse Projects. No Comments 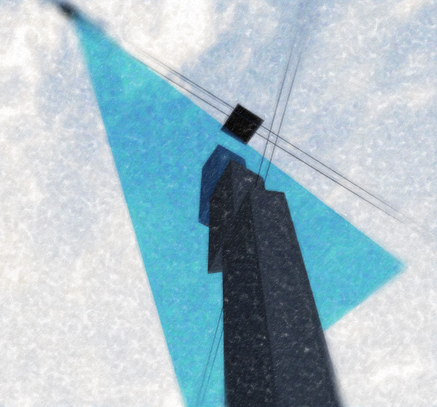 Super short teaser:
After the total, rapid and aggressive disassembly of Auster Timbals new neighbourhood, he was quick on his two feet again; running for the gate as always. As the triangular drones increased in numbers, nothing pointed to a decline in the current rate of destruction. He saw it best to get of the godforsaken rock altogether; back in orbit then he could slow down and think, maybe decide on a heading.
Before Noon…
Only 72 hours earlier he had been ready to put up the first down payment on a medium sized condominium on the 47th floor in the Braca district. The condo overlooked the suburban sprawl and beyond that the countless mining facilities reaching out into and beyond the strangely close horizon*. The place just felt right.

Posted by Oddity in Writing - Fiction. No Comments

At orbital sundown Kody entered the mess hall. He felt that something had changed. Something small. He could not pinpoint what, but there was definitely something.

He started to pour some whiskey into a small ceramic cup when something flashed past his peripheral vision. An  object of a dull red nature. Without turning his head he tries to focus on the thing now at his extreme right. Although it is hard to make out much of the details, the red blurb seems to have several filament arms swinging in complex patterns around it. Constantly sweeping.