Posted by Oddity in Logbook, Writing - Fiction. No Comments

Kody had nothing to latch on to. As the braking started the rotation on the cylinder stopped and the ship took off at a entirely different vector. He was instantly being pulled by a “fake” gravity force straight ahead in the slightly curving corridor. Straight ahead was now in fact down and he was falling.…

Through the large hyperdiamond windows of the cargobay door  he can see the large surface of Gandymede capitalize his entire view. Kody sits on a crate sipping his morning coffee. The red sheen reflecting the light of Jupiter gives a sence of an earthly sunrise by the ocean. Granted, this ocean was black with a faint orange haze, but if you closed your eyes – that was the impression. His mind suddenly surprice him and connects the scene in front of him to a long lost memory of his childhood.…

Posted by Oddity in Writing - Fiction. No Comments

At orbital sundown Kody entered the mess hall. He felt that something had changed. Something small. He could not pinpoint what, but there was definitely something.

He started to pour some whiskey into a small ceramic cup when something flashed past his peripheral vision. An  object of a dull red nature. Without turning his head he tries to focus on the thing now at his extreme right. Although it is hard to make out much of the details, the red blurb seems to have several filament arms swinging in complex patterns around it. Constantly sweeping. 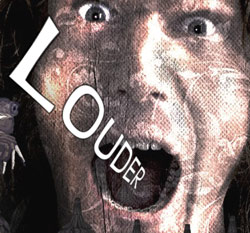 As a small celebration of 10 years in the game. Oddity.se changes clothes and will also speak with a more active, entertaining, personal and LOUDER voice. 10 years years on the web is like 50 in real life and with old age comes bad hearing. Thus LOUDER…see.

From under a rock… 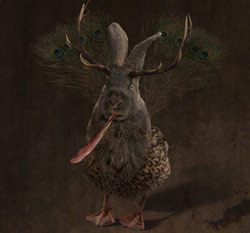 Hello dear guest
My name is Mathias Erixon and I am the proprietor and chieftain creative here at Oddity.
In this blog section called “Oddities” I will emerge from under the proverbial rock embodied by the earlier incarnations of this website.  Thus I will try to add more of  a personal voice into the mix that was previously not especially present.
So help me keep my word by engaging in dialog. Lets see how it turns out. Anyway there is presently  a Version 0.1  air over this “new” site and things will surely evolve.
As the look and feel of the old site still proclaim a soft spot in my heart, I will (for the time being ) keep it accessible through the address archive.oddity.se…